Founded in 1972 by John Rybovich, the Gold Cup Sailfish Championship tests the skills of participating anglers in the catching and releasing of sailfish off of Florida’s coast. The championship is held by the Sailfish Club of Florida, presenting the Gold Cup as one of the most respected prizes in the sport.

The Sailfish Club is Palm Beach, FL’s oldest continuously operating private club. These aren’t newbies, and they aren’t messing around! 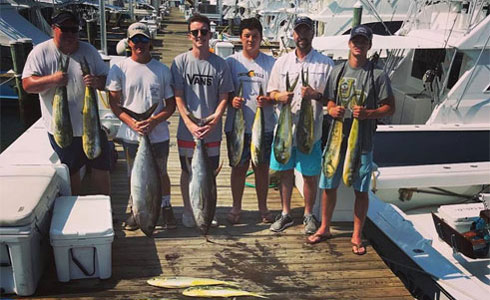 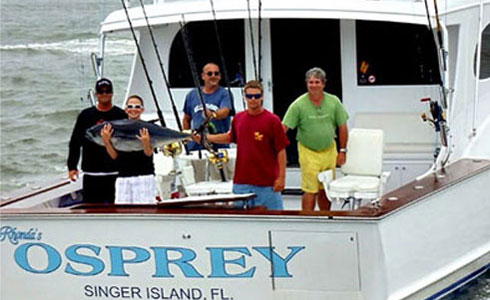 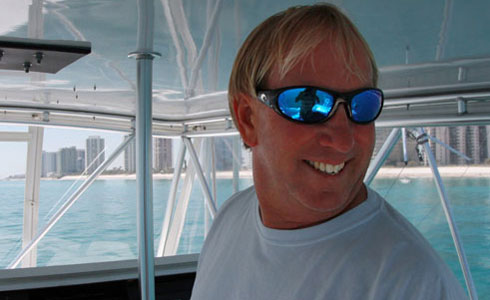 Great deep sea trip this past weekend out of Ocean City on Rhonda’s Osprey, with Captain Joe and his first mate Matt. We could not believe the action that Captain Joe put us on, we caught 60 dolphin in 2 hours, then caught 3 White Marlin to finish the day out. You want a great experience with a great crew, better book a trip with Rhonda’s Osprey!!
Michael Abbott - Ocean City, MD
As a passionate travelling offshore fisherman one of the highlights of my year is fishing with Joey on the Osprey in West Palm beach with my daughter Mackie . We are always successful and the captain and crew are great with my now 7 year old daughter. Their patience and professionalism always makes for a memorable family fishing day!
Karl Zierfuss - Ocean City, MD
Time and time again, Capt. Joe and crew put us on the fish. It felt good to come back to the docks with more release flags up than others. Clearly this crew works their tails off to provide an awesome experience. Joe was also able to order mounts of our unforgettable catches. Can't wait to see the boat in Maryland this summer.
Neill P. - Baltimore, Maryland
Capt. Joe and Sasha are amazing! This was one of my favorite trips fishing on The Osprey. We caught 3 sailfish, 1 huge white Marlin, mahi, and a kingfish. Joe always finds the fish and has fun while doing it! I have been fishing on this boat for years in Ocean City and would only recommend this boat to anyone :)
Alexis J. - Palm Beach, Florida
Captain Joe and his crew were unbelievably helpful. They worked so hard to make it a fun day for us and catch my son not only his first sailfish but his 2nd 3rd and 4th as well! We are so grateful to have spent such a wonderful day with Captain Joe and his crew.
Sasha L. - Singer Island, Florida
I've always wanted to catch a sailfish and the Osprey and Captain Joe came highly recommended. So My friends and I decided to charter the Osprey for a half day. The boat was pristine and very nice and captain Joe and his crew were great. We caught 7 sailfish when all of the other boats caught one or two. If your looking for a great boat captain and crew the Osprey is the way to go!!
Obxbella - West Palm Beach, Florida
My friends and I spent the day fishing with Captain Joe and his crew on the Osprey and we caught and released 4 sailfish and caught 3 dolphins!! Captain Joe and his crew were great! I've never seen a crew work so hard while still having fun. I highly recommend spending the day on the Osprey fishing for anyone looking for a fun day or a memory of a lifetime.
Joel C. - Palm Beach, Florida
Capt. Joe Drosey and his crew aboard the Osprey are first class. We had a great day of fishing, caught and released 8 Sailfish and caught 3 Mahi. We caught more fish than any of the other boats that went out and Capt Joe and his crew could not have been nicer, or more helpful. The mates were very skilled and worked harder than anyone I have ever seen. We could not have asked for a better fishing trip. I highly recommend going fishing on the Osprey for anyone in the area.
Jason M. - Palm Beach, Florida
The Osprey's expertise and reputation is unparalleled. We had a fantastic time. Released 12 sails out of 15 when all the other boats were struggling to get a bite. I've been fishing all over the world and Capt Joe and his crew are the best.
Seth - Manheim, Pennsylvania
Captain Joe and his crew were unbelievably helpful. My husband and I had fished before but our 2 children ages 6 and 9 had never caught a fish. The crew on the Osprey were so great with our kids and not only did we all get to catch our first sailfish but we caught 4 of them and 2 big Mahi that we ate for dinner! If your looking for a day of fun and excitement that you can do with your family and will make lasting memories, I highly recommend a day fishing on the Osprey with Captain Joe and his crew based out of sailfish marina.
Dave - Singer Island, Florida